Being a refugee is not a matter of choice but constraint. When one flees his country of origin and finds himself in the host country, the choice of area of residence can be a puzzle to be solved. The majority of refugees in the Global South reside in the camps for reasons related to security, limited resources in the host communities, and more. The developing countries in Sub-Saharan Africa choose to host refugees in urban camps.

Uganda, the largest refugee-hosting country in Africa by 31 March 2022, hosts more than 1.5 million refugees in its territory. Therefore, the city of Kampala hosts about 7% of those refugees (UNHCR-Uganda 2022). In the same way, the second largest refugee-hosting country in Africa (Ethiopia) hosts about 844,589 refugees. Meanwhile, 8.5% of those refugees reside in Addis –Ababa (UNHCR-Ethiopia 2022).

Kenya is the third-largest refugee-hosting country in Africa and hosts about half a million refugees in its territory. Nairobi, as of 31st March 2022, hosts about 85,891 refugees (UNHCR 2022). These refugees are from various backgrounds in their country of origin. Some are educated and had access to higher education even when they fled to the host country (Kenya). To understand how the urban refugees in Nairobi choose their area of residence according to their educational background; this study surveyed a sample of 226 refugees in Nairobi.

The findings show that 36.7% of the respondents are female and 63.3% are male. The average age of the respondents is 31 years old; the median is 29 and a half years old, while the mode is 24 years old. This result shows that refugees in the host country who reside in urban areas of Nairobi are mostly male. Meanwhile, the refugees in the refugee camps are mostly female and children. This is the reason that the refugees’ children and females need more protection than males. Moreover, men prefer staying in the urban area to work and send money to their families in the camps or elsewhere instead of waiting for humanitarian assistance.

Figure 2 below indicates that 37.17% of the respondents are urban refugees from the Democratic Republic of Congo, 31.86 % from South Sudan, 12.39 % from Somalia, 8.41% from Rwanda, 4.42% from Ethiopia, 2.21% from Burundi, while the remaining 3.54% are from other countries. On the other hand, figure 3 shows that 49.12% of the refugees are married, 46.9% are single, 1.77% are divorced or separated, and 1.77% are widowed. These results are in line with the data from the UNHCR, showing that most urban refugees are from DR Congo. The Somali Refugees are in large numbers hosted in the Dadaab complex (camps) and the South Sudanese refugees are hosted mostly in the Kakuma camp.

Most of the urban refugees are married. This is likely because they moved with their family to the host country (Kenya) when they fled their country of origin. This could also be justified by the fact that the average year of stay in Kenya and in urban areas of Nairobi is seven years, the minimum length of stay is one year, and the maximum length of stay is 33 years. That means that the more the refugees stay in the host community, the more they mingle with the host community and get married. Despite the fact that some of them are married, less than half are still single.

According to UNHCR (2021a), “the majority of refugees and asylum seekers in Kenya originate from Somalia (54%). Other major nationalities are South Sudanese (24.6%), Congolese (9%); Ethiopians (5.8%). Persons of concern from other nationalities, including Sudan, Rwanda, Eritrea, Burundi, Uganda, and others, make up 6.8 % of the total population”. The results of this study were not able to reach the representative quota cited above because of the challenges encountered in accessing urban refugees. In particular, finding the Somali refugees proved quite entailing. Nevertheless, the Republic of Congo’s refugees are in the majority in urban areas, and few are hosted in the camps. 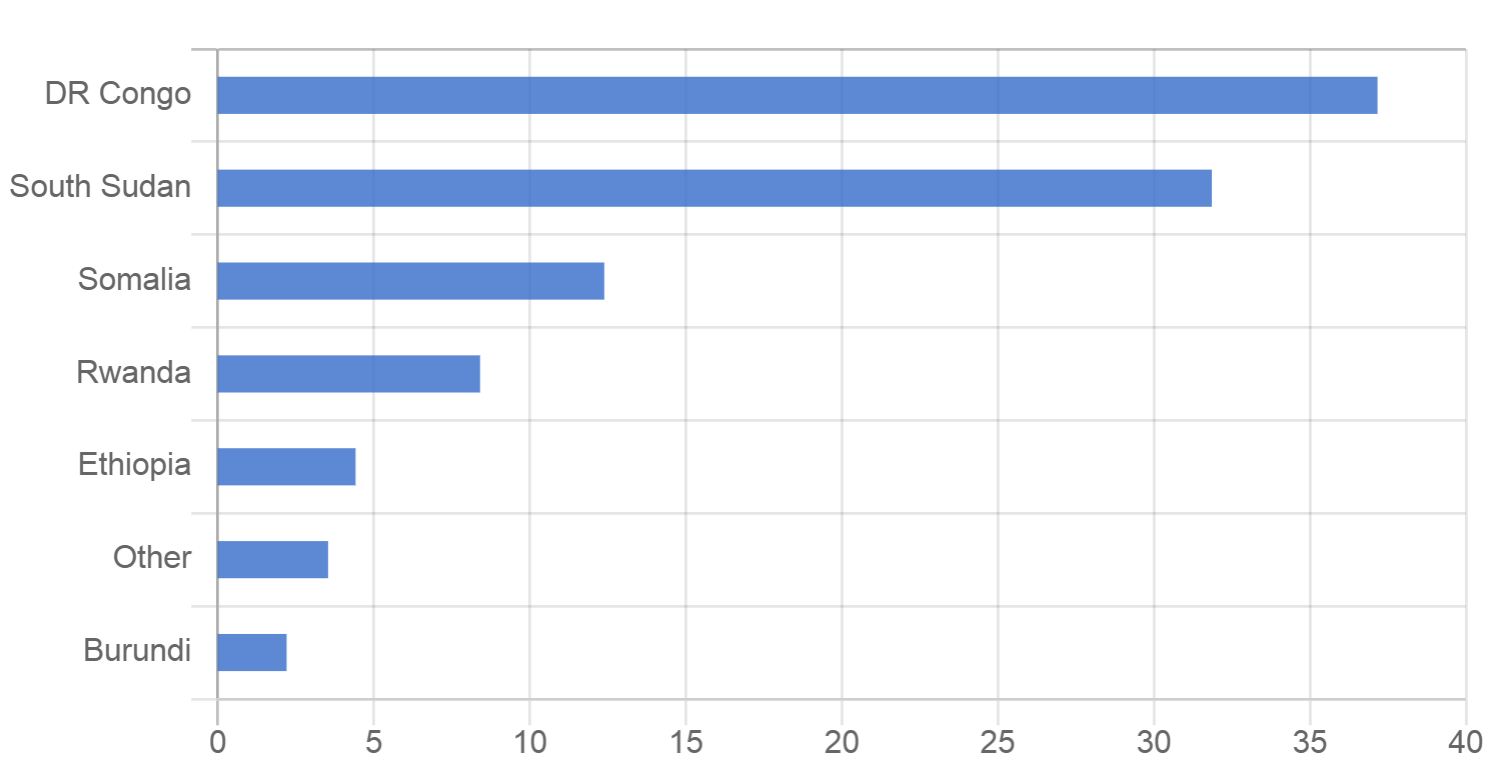 Figure 4 shows that 27.88% of the refugees attended senior high school, and 23.01% attended primary school. In addition to this, 12.83% have Bachelor’s degrees, and only 0.88% are Master’s degree holders. About 11.95% attended junior high school, and 10.62% were vocational trainees or diploma holders. This low educational level may be due to the various types of discrimination faced by urban refugees in the host country’s schools (Dryden-Peterson 2015). She mentioned four key dimensions of refugees’ educational experience in the host country; limited and disrupted educational opportunities; language barriers hindering access to the host country’s education, inadequate quality of instruction, and discrimination in school settings. This is confirmed by the fieldwork, where the findings show that the majority of Congolese refugees do not pursue their education in Nairobi after fleeing from their home country because of the language barrier; Kenya is an Anglophone country while Congo is a French-speaking nation.

Betts et al. (2018), pointed out that in the Kakuma camp, refugees enjoy better education even than in their country of origin. However, the paradox is that refugees in urban areas do not enjoy the same education system. They are usually left to their own fate with the majority of them even denied access to higher education.

This explains the findings in this research which shows that a majority of urban refugees hold high school certificates but do not have a university degree or vocational training diploma. One of the respondents of this research mentioned that he was unable to pursue his university studies because he could not afford to pay the tuition fees.

According to UNESCO (2020), Kenya is taking major steps to ensure that young refugees in the country are integrated into the national education system. If this initiative is effectively implemented in both the camps and urban areas, then the number of refugees accessing education will be greatly boosted. Moreover, this will facilitate the refugees and the host community’s social cohesion, economic inclusion, and development from both sides.

The table below gives a tabulation analysis of refugees’ residential areas and education levels. The analysis revealed that the more urban refugees are educated, the more they intend to stay in urbanized areas such as Roysambu which has the most refugees who are Bachelor’s degree holders. Roysambu is known as an urban area with higher sanitation and hygiene and good infrastructures such as roads and more.  Kasarani also has the second-largest refugees with Bachelor’s degrees. This means that the more the urban refugees are educated, the more they look for better residential places. This calls upon the policymakers to design a policy that can allow urban refugees to access higher education so that they would be able to have a moderate living standard within the host community.

Figure 6 below shows that 69.91% of the refugees live in houses that they share with other fellow refugees or relatives. Therefore, only 28.32% of them stay in unshared houses. However, 1.33% of urban refugees are homeless. Moreover, most of them pay their own rent (71.24%), and only 20.35% of the respondents indicated that their rent is paid by their family or a friend. This shows that refugees in Nairobi face a challenge with housing because they cannot afford to pay for their individual houses but they stay together so that they can afford it. Nevertheless, few of them afford to pay their individual rents and they share the houses so that they will be able to afford it.

Meanwhile, only 3.98% of the rent is paid by an NGO and 2.65% of the refugees revealed that they do not pay rent (figure 7). This clearly shows that the urban refugees in Nairobi are mainly self-dependent as far as housing is concerned. This result confirmed the findings of  Upton, (2015) stipulates that only 3% of urban refugees in Nairobi rely on the International Organizations.

Figure 7: Who Pays the Rent Fee?

Table: Tabulation of Higher level of Education and Residence area

The analysis revealed that the more urban refugees are educated, the more they intend to stay in urbanized areas such as Roysambu which has the most refugees who are Bachelor’s degrees holders. Roysambu is known as an urban area with higher sanitation and hygiene and good infrastructures such as roads and higher standard housing.  Kasarani also has the second-largest refugees with Bachelor’s degrees. This means that the more the urban refugees are educated, the more they look for a better residential place. This calls upon the policymakers to design a policy that can allow urban refugees to access higher education so that they would be able to have a moderate living standard within the host community.

He holds a Master’s in Forced Migration Kenya. He worked as a Research Assistant at the Center for Human Rights, Gender and Migration at Washington University in St Louis. He is currently Climate Change and Migration Focal Point at UN-MGCY. Next articleExporting Asylum: An Assessment of the Process of Transferring Asylum-Seekers to Third Countries
Share your thoughts